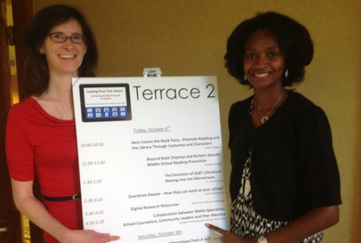 In 2012 our school’s psychology teacher expressed concern over the low morale that he was witnessing among students and staff. He felt that change needed to occur, but needed buy-in from the students. She invited a select group of juniors and seniors, as well as staff, to read The Tipping Point by Malcolm Gladwell. The premise of the book is that it only takes a few people to make drastic changes. After reading the book, students chose the following topics to focus on: college preparation, school beautification and Middle School/High School mentoring. The group only met once face-to-face with all other communication being conducted via Facebook. The students created closed Facebook groups for each of the three topics to communicate.

Since I saw all of the students in the school, I volunteered to coordinate the mentoring program. I knew that there would be social and academic issues for the Middle School students, so I reached out to the Middle School Counselor and we collaboratively started an official mentoring program during homeroom. High School students were matched with sixth graders according to major: dance, visual arts, theatre, and music.

We also began a partnership with the district anti-bullying coordinator and the Assistant Attorney General’s office. Our students were given the opportunity to create a video PSA, attend district-wide anti-bullying summits and create radio anti-bullying PSAs that were played on all local CBS radio affiliates. Click the Prezi above to listen to audio clips.

The Guidance counselor and I presented our mentoring program at the state librarian conference, NCSLMA Conference, in October 2013.

Holiday letters written by both a mentor and a mentee.